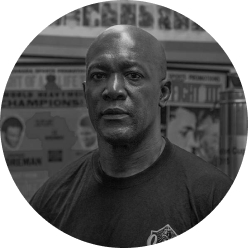 Former Canadian Heavyweight Champion Tony Morrison who holds the 1991 title. Tony teaches the boxfit “House of Pain” class, a mix of boxing technique, functional training, HIIT training, weightlifting, and CrossFit. He is also available for private training sessions. With years of experience in the ring and with training, you can’t go wrong. 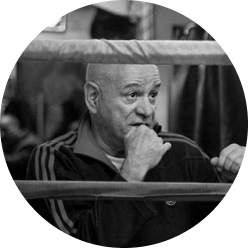 Coach Mancini has 48 years of experience in boxing, a certified Level 4 High Performance Coach for Boxing Canada. Rico is an expert of the practicalities and realities of all levels of the combative arena from his experiences as a former Provincial and National team coach. A recipient of the Ontario Coaching Excellence Award (Andy Higgins Award). Available for private training sessions. 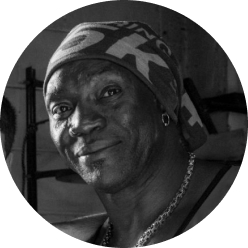 Known for his attention to detail and emphasis on footwork and weight shifting. You can find him at Sully’s at night training our youth fighters. Ask him for help when you see him, he’ll teach you step by step. 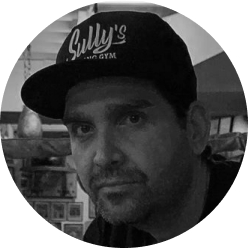 Our early bird coach obsessed with proper technique, a teacher of the sweet science. Tulio offers private lessons that you can book online. You can find him Mon-Fri in the mornings. 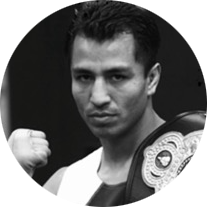 Jonathan comes to Sully’s with a long list of accomplishments, too many to mention here. Jonathan started boxing 30 years ago in Downtown Toronto, and has had the opportunity to be coached by some of the best high performance and Olympic coaches. With 172 bouts under his belt, Jonathan has competed across Canada, in parts of the USA, and in different continents. He has trained with many National and International Amateur Champions, as well as International and World Professional Champions and Olympians. Jonathan has been a Team Canada Coach and Assistant Coach, as well as a Canadian National team member in 2005, 2006, 2007, 2008, and 2009. 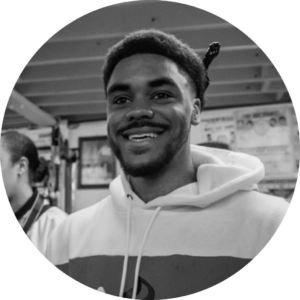 Anthony was born and raised in Downtown Toronto, and decided to take up boxing at 13 years old. Since then, Anthony has dedicated much of his life to training and learning the science of the sport. With an intimate understanding of the mindset required to succeed in boxing, Anthony is uniquely equipped to assist in the development of boxers at any point in their journey.

“To say boxing changed my life is an understatement… boxing has totally shifted how I view everything in life. Now it’s all about giving back and educating the next generation and passing in the knowledge that was passed on to me to keep the fire lit.” 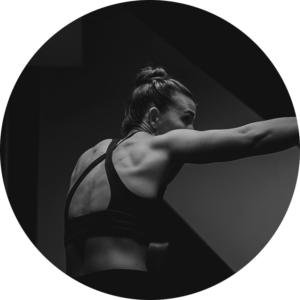 Lauren Ramesbottom is a Toronto-based boxing coach and fitness instructor who comes to Sully’s with a wealth of experience guiding participants of all levels through the fundamentals of boxing and strength training. Lauren’s classes and private lessons combine elements of strength training, conditioning, and boxing, to ensure members refine their movement patterns, build strength, and train with intention.

Our coaches are trained and experienced to handle private training for boxing or fitness. Book a private session today!

Subscribe to a 6-Month membership and get a FREE pair of hand wraps and boxing gloves. Memberships comes with unlimited access to classes and open gym use during regular business hours. Promo only valid for the month of January.